Skip to content
Posted on 2014/07/162014/10/31 by 30 Is the New 45 Blogger
Social media is at a crossroads. Today, the Federal Reserve Chief, in the words of Mashable, “poured water on social media valuations,” and that’s not the worst part of social media’s problem. There are legitimate digital marketers (deemed so by Forbes) who refuse to be associated with the word social. Yes, the outlook for social media does look terrible. I imagine that Janet Yellen’s statement earlier today gave a few social media CEO’s heartburn. However, social media is far from dead, and the only reason it appears to be dying, is because it’s being positioned by the wrong people.
I like to think of Steve Jobs and how he got kicked out of Apple simply for being an iconoclast who happened to start the company. The people who don’t take social media seriously aren’t the ones who started it: social media merely has an image problem.
The future of everything other than bodily functions is digital, and free sells, making social media the future of digital news. I am wild about companies like Buzzfeed, Gawker and now Vox Media because they seem to intuitively understand social media can deliver news that people want to read whereas many traditional news outlets deliver the stories people “feel like they should read,” but are not compelled to. I don’t care how many naysayers put down social media because the numbers don’t lie. Do we still need to justify Facebook? Social media history is literally being made and history does not favor people who try to halt progress. The digital revolution was not started by the status quo yet they are the ones declaring the social media revolution dead. 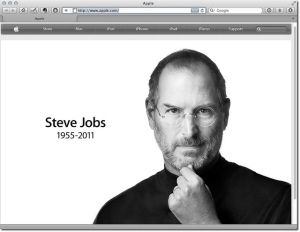 Social media has enormous potential for news, advertising and living fully. My childhood best friend, Sarah, lives in Germany and I’m in California yet she knows what I do every single day because I let myself live virtually. I don’t think most of us can even comprehend how much social media has already shifted our personal narratives, and social media has barely even begun!

People need to stop trying to judge social media and start seeing it as one of the most powerful social changes of our lives.

Social media isn’t just about going viral or selling things; social media is the essence of digital living. I can’t even imagine all the ways social media will continue to make our lives better. Social media’s future has not been fully realized.

4 thoughts on “Social is the Revolution”